If you’re reading this then I assume you already know the reason behind the title. In case you don’t know what the internet is, a week or two before this article, James Gunn, the director of the first two Guardians of the Galaxy movies was fired from directing the third installation of the franchise. Also Gunn helped write the Guardian’s scenes in Avengers: Infinity War as well as said to have been helping with the overall ‘phase 4′ story arc of the MCU. It was reported that James Gunn was fired after media outrage over dozens of tweets reemerged where the director had make jokes with offensive content. I wont repeat the jokes here, if you care what they say I’m sure you are capable enough to find them on their own. It was announced by Disney Studios chair Alan Horn in a statement “The offensive attitudes and statements discovered on James’ Twitter feed are indefensible and inconsistent with our studio’s values, and we have severed our business relationship with him.” These are the facts.

Now there are a slew of opinions on why he was fired really, the source on the tweets resurfacing, whether or not Disney made the right call, etc. Multiple actors of the film have put together a statement defending their director. Also the internet has been full of support and outrage towards Gunn. There is even a petition to get him rehired by Disney. While writing the article, the petition is at 347,615 signatures. Maybe it’s the pessimist in me, but let’s just say this wont change anything. But that isn’t what this article is about. I’m not here to write my opinions on the situation. If James Gunn is not going to direct Guardians of the Galaxy Vol. 3, the question is, who will?

I do not think anyone should direct it. This is an argument against the creation of a Guardians of the Galaxy Vol. 3 from being made all together. This is not from a position of protest or disgust; I think financially and artistically, it would be better for the franchise, which fits inside the much larger MCU, to stay as two movies. The characters will still exist in the universe and be used in other movies. The character’s themselves could have their own movies as well. I think people would still love to see a Starlord solo adventure, a tale featuring the daughters of Thanos, or a Rocket and Groot heist movie. But the Guardian’s of the Galaxy is something unique and intimately connected to James Gunn. No matter who else is brought in, it will not give the audience the same emotions.

The top few directors I have seen swirling around the “what if…” machine have been Taika Watiti (director of Thor 3: The Good Thor), Joss Whedon (director of the first Avenger’s movie), and the Russo Brothers (directors of Captain America 2, 3, and Avengers Infinity War). I have also heard many people seem content with them bringing in someone completely fresh and new. I even heard one person suggest, possibly as a joke, to bring in Zach Snyder (director of Man of Steel, BvS, and Justice League). A small part of me would like to see that just to see the fanboys lose their fucking minds. However, I think none of these are a good decision. Taika seems to be the most likely candidate. Thor Ragnorok was the closest styled movie in terms of cosmic presence and humor. We might even get to see Thor in Guardians 3. The character worked very well with the rest of the cast in the scenes they shared in Infinity War. But Thor 3 and the Guardians movies are not even close to the same kind of movie. I’m not discrediting Taika. Thor 3 was good, great even, and I’m sure there are many people out there that liked it more than Guardians 2. I just don’t think Watiti’s style would organically fit coming into the third Guardians. It worked for Thor because no one liked the first two boring Thor movies. And this goes for the Russo’s, Whedon, Snyder, or any big name director as well. Gunn put so much of himself into the movies that seeing someone else take over the characters will be noticeably jarring. 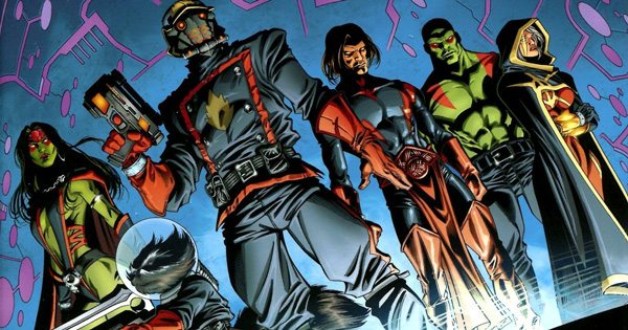 If you do not read comics, or at least have no interest in looking up comic stories online, than you might not realize that the Guardians of the Galaxy comic book characters are wildly different then their movie counterparts. I’m not referring to the big stuff like how the floating head of Knowhere was actually their main base, or how Mantis was always a member of the team or even the fact that Ego isn’t Peter Quill’s father. I’m not talking about the facts, I’m talking about the characters themselves, specifically Peter Quill. All of the characters are different, Rocket, Drax, Mantis, Nebula, and Yondu all have been changed in order to fit the character’s place in the story or have taken more organic shape from the actors themselves. But Peter Quill IS James Gunn. The character’s personality is nothing like their comics. The character of Starlord being a human in space, not knowing who his father is, is about the only similarity. James Gunn changed the character in order to fit a very specific story. Yes a story about space battles and Marvel properties. But he was really making a small emotional indie film about a human’s growth and redemption. Gunn tricked Disney into letting him tell a complex personal tale inside a kick ass, high budget action movie.

I recommend listening to director’s commentaries. They give you a personal insight into the choices the director made for the film. This usually works best if the director also wrote the film, which James Gunn did for both Guardians movies. The choices he made, to make Peter listen to an old tape deck, was because he had one. The songs in the movies, he choose, because they were what he listened to. The first movie was really about James Gunn being an immature grown man who started to realize the world around him and the friend he had were important, more important than just getting paid or getting attention. That finding a woman to love was more important then sleeping with whatever woman you met that day, whose name you can’t remember. Peter being a childish asshole and growing up, falling for a strong powerful woman, accepting his mother’s death, and finding a purpose was literally what James Gunn had just gone through before he started the script on the first Guardian’s movie. In the commentary for the second movie, you find out that Gunn started writing Guardian’s 2’s script before the first movie had hit theaters. He knew he was going to become wildly successful. He was worried his Ego would get the best of him.

Ego the Living Planet wasn’t actually a Marvel movie property at the time. He was owned by Fox. Gunn refused to make Volume 2 unless he could use Ego. Marvel had to make a deal with Fox in order to get this character or else there wouldn’t have even been a second Guardian’s film. I believe most people like the first Guardian’s of the Galaxy over Volume 2, and I did at first also. But then I listened to the director’s commentary. Peter Quill who is now the famous Starlord is met with the thing he has thought he wanted his whole life,  meeting his father. On top of that he is literally given the power of a God. He has influence over all things around him. His Ego gets the best of him and he abandons his friends and even the woman he loves. Gunn actually goes into how ‘Brandy’ was playing on the radio when he decided to leave the love of his life to become a movie director. Do you understand what I just said? The song that Peter is listening to after he has a fight with Gamora, the song that he is listening to when he chooses to give into Ego and abandon his love is the same song James Gunn was listening to after he made the same choice in real life….. I could go on and list all the details that James Gunn put into this movie, like the scene when Yondu dies was him actually saying goodbye to the actor Micheal Rooker because he knew Volume 3 would be the first movie Gunn would ever make without Rooker acting in it. Watch the movies with the damn commentary before I spoil all these interesting little moments! 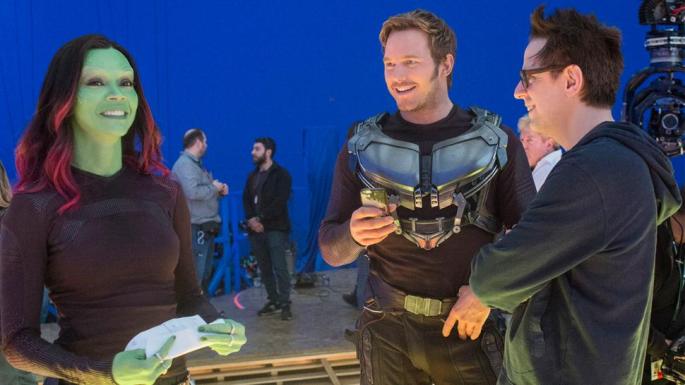 These movies are personal. They are intimate. The reason you love them isn’t because Thanos punched Cap and that was cool, or how Thor made a funny joke about how him and Hulk don’t get along. You love these movies because they’re sad. Because real things are happening to these fake characters that you have possibly gone through. I know I still cry when Peter has to watch his mother die. The reason most of you even know or like these characters is because of the versions James Gunn presented to you. They’re more his characters than Marvel’s. Obviously not legally, but more spiritually I suppose. And the worst part about all of this is, Gunn had a third film planned. This was going to be a trilogy. The idea was to show that Peter outgrew his childish ways, stopped clinging on to the mistakes of his past, and became a truly good man. A good partner to Gamora, a good father to Groot, and a good family member to the rest of the Guardians. Which was to be James Gunn’s swan song and final Marvel movie. To show that even though he was an idiot and did some dumb shit, like tweet some offensive jokes, that he was sorry. He got to become famous, got to become a Hollywood god and then realized if wasn’t all it was cracked up to be. Being a good man was better. That is the message we will never get. Ironically because in today’s society, we wouldn’t let Starlord be forgiven for his past misdeeds.

I do not think any other director will be able to finish this saga the way Gunn intended. They won’t be able to put that personal touch into the characters, because the Guardian’s aren’t their characters. At best, we just get a safe movie that hits the same beats and has a cool soundtrack and some funny jokes. At worst the fans will boycott, the actors will visibly not be as into the roles, and everyone will only be sitting in the theater thinking “I wonder how much of this was Zach Snyder and how much was Joss Whedon” sorry, that was just what everyone thought during Justice league, and about how bad that 25 million dollar CG mustache removal was.

Movies watched with commentary and opinion created by: Troy Smith

One thought on “Should There Be a Guardians of the Galaxy Vol. 3?”